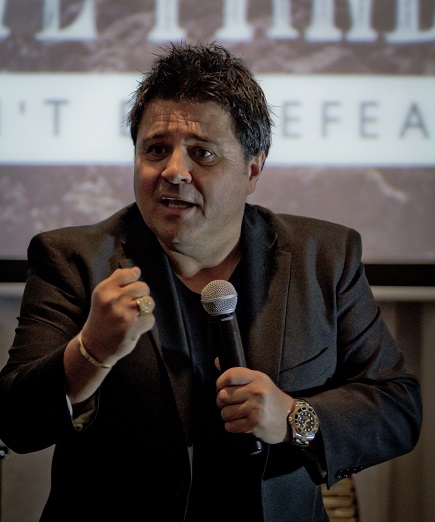 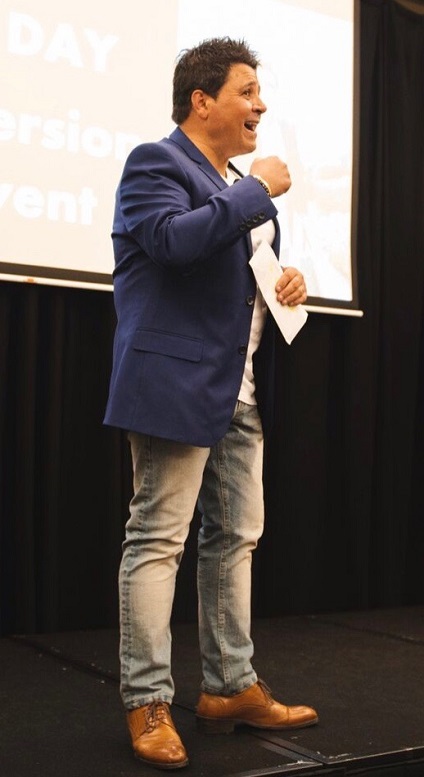 Few people, if any, had to overcome the number and magnitude of catastrophic, life-altering events that Peter Di Prinzio has. Defying the odds and prognosis of his oncologist, surviving a stint in gaol when otherwise he had never even been fined, coming back from financial ruin, attempted suicide, and, enduring the heartbreak of a broken marriage, it fell apart, and due to circumstances, Peter has not seen or heard from his daughter since 2008, Peter’s life has been unique and a shining example of his favorite catchphrase “never give up!”.

Life has challenged and punched Peter to the ground many times, but his unwavering faith in God and the unshakable belief that he has a purpose to fulfill, have given him the strength to stand up and beat each of these hardships and use his life experiences to bring hope to thousands of others.

Peter’s ability to give hope and unlock positivity is well established and regarded.

“Courage is like love; it must have hope for nourishment.”
– Napoleon Bonaparte 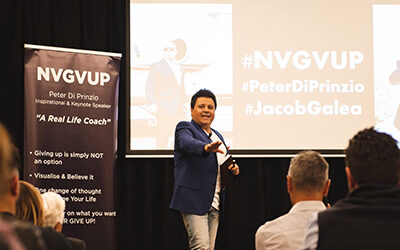 Perception is Nine Tenths of the Law

Perception is Nine Tenths of the LawIt was long held that “possession is nine tenths of the law” but a good friend of mine who’s a publicist recently convinced me otherwise. Sure it’s nice to own... 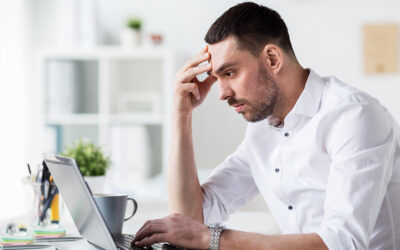 Don’t Be Too Hard on Yourself!

Don’t Be Too Hard on Yourself!I often hear people say “I wish I hadn’t…” or “I wish I had done such and such earlier in my life”. These types of comments are negative self-judgments and they don’t...

Let’s Cancel ‘Cancel Culture’I don’t often complain, but I feel the need to speak out against this so-called ‘cancel culture’ movement which seems intent on destroying everything from historical...

Hello Peter, I just wanted to take the opportunity to say "Thank You" for your time and help that you gave myself and my wife today. My friend, you definitely have been blessed with something, that is nothing short of divine and a God-given gift. Your message and advice will live and be with us forever, thank you Please keep sharing your message and story, because I feel that people really need to hear it and be inspired to "Never Give Up". Can't wait to attend the event next month, I'm sure it will blow us away with energy and inspiration as you have shown us today. Thanks once again.

Good evening Peter, I wanted to take this opportunity, to say that, we were at your event today and I have to tell you "WOW". I have NEVER experienced anything like today, the amazing feelings, emotions & inspiration that I now have. Thank you, Peter, and we can't wait to attend your next event in Sydney. I'm definitely going to invite family members & friends this time because they need to hear your message & see & feel your passion about life. Thank you again.

Thanks Peter for a inspiration afternoon It couldn't have come at a better time for me I really loved it !!! God bless you.

Meet the motivational speaker who has become a powerful and outspoken voice of reason in these confusing days.

So today we went to listen to one of Peter's motivational/inspirational talks and all I can say is WOW! If you ever get the chance to go to one of his talks please go, guarantee you won't be disappointed! Thanks Peter.